1.       Tell us about yourself, Cavan. When you was born and which were your inspirations to become a comic book writer?

CAVAN REPLIES >>> I was born in Bristol in the South West of England. I loved comics from an early age. In the UK we used to have a thriving market in weekly humour comics. Those I didn’t get I scrounged from my friends, or went to the library to read. And that was just the beginning. From there, I discovered American super hero comics as well as home-grown science fiction and horror comics like 2000AD and Scream. Comics have always been in my blood. 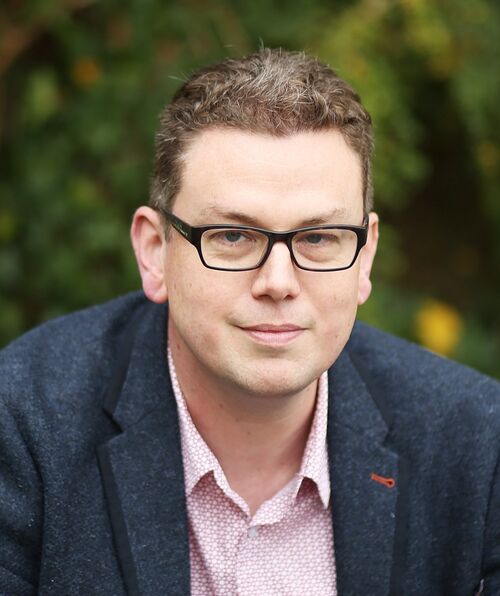 2.        From all the comic books and novels you have written, either for Star Wars or other franchises, which is your favorite one?

CAVAN REPLIES >>> That’s a difficult question. I think I’ve had the most fun on the two Halloween series, Tales From and Return to Vader’s Castle.

3.       When writing your Star Wars stories, are there any real people who have inspired any of the characters you have created?

CAVAN REPLIES >>> Well, Thom Hudd from the Vader’s Castle series is named after (and partially modelled after) Tom Huddleston who was the other author for the Adventures in Wild Space series of junior novels. Tom’s not actually a thief though. Well, as far as I know, anyway.

4.       Was Star Wars: Adventures in Wild Space your creation? How you were hired to write it?

CAVAN REPLIES >>> There was a very basic brief when both Tom and I was brought on. There’s was a general idea of the set-up and the characters had names, but that was it. There was no real idea what their character traits or their personalities would be. From there I spun out the characters for the first book, including inventing new characters such as Captain Korda.

5.       Did you expected the Graf children to become popular and used in other stories?

CAVAN REPLIES >>> I hoped they would be, and certainly suggested that we see them grow up. I’m really happy that’s started to happen. And of course now we have another generation, in Milo’s grandson, Emil (who is named after the Adventures in Wild Space editor!)

6.       How you were approached to write Star Wars Adventures for IDW?

CAVAN REPLIES >>> I had just written for Star Trek Waypoint and was suggested by the then IDW Trek editor, Sarah Gaydos. From there I was invited to submit a number of storylines, one of which became the Rey story in the first couple of issues.

7.   When writing Star Wars Adventures, you brought back the Star Wars Legends character Jaxxon back to canon in your story “The Lost Eggs of Livorno”. How was the process from bringing back a character from the old continuity?

CAVAN REPLIES >>> I love Jaxxon. Anyone who talks Star Wars with me soon discovers that. I'd campaigned to bring him back, but never expected it to really happen, but then, out of the blue one day, I received a call from the Star Wars Adventures editorial team saying, how would you like to write Jaxxon then? As if they had to ask. I leaped at the opportunity obviously.

8.   How you pitched the idea for the Choose Your Destiny series? Did you always planned to focus on the four SW eras; the Prequels, the Anthologies, the Originals and the Sequels?

CAVAN REPLIES >>> I was asked to write them by Lucasfilm. Originally they weren’t planned to be Choose Your Own Adventure novels, but straight chapter books for kids. The idea to make them gamebooks came quite late in the planning process. As for the four eras, that was all part of Lucasfilm’s planning.

9.   How you went to write Tales from Vader’s Castle? And how you selected the characters?

CAVAN REPLIES >>> I cooked up the idea for the first mini-series with Lucasfilm's Michael Siglain, who, like me, is a big horror fan. Originally the first series was supposed to be set around the time of Force Awakens and so I suggested a number of characters that would have been appropriate for that era, but then the decision was made to bring it forward in the time-line to around Rogue One, so some of the characters needed to change. The Han story, for example, was originally a Poe story.

CAVAN REPLIES >>> I certainly hoped so, but I had no way of knowing how well it would go down.

11.   What upcoming projects are you planning for the future?

CAVAN REPLIES >>> I have a three-part story coming up in Star Wars Adventures in the New Year, and am part of the top secret Project Luminous initiative, of which details will be revealed very soon indeed. Other than that, I'm working on a number of comic series, including some Creator Owned comics, plum am involved in a number of TV projects.


Cavan, we’re very grateful that you allowed us to interview you. You’re such a good comic book writer and author. We can’t wait to see what your next projects will be and how Project Luminous will be released to fan acclaim! Good luck!

Popular posts from this blog 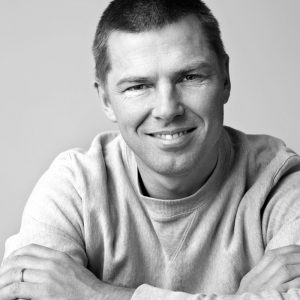 1. Tell us about yourself, Peder. When we're your born and which were your inspirations to become involved in the filmmaking industry? Any inspirations?


1.Tell us about yourself, Hal. When you was born and which were your inspirations to become involved in the film industry?
HAL REPLIES >>> I was born in 1940 on the East Coast of the United States, in Hanover New Hampshire, and I grew up there. It’s a tiny university town, the home of Dartmouth College, and where my father ran the local …
Read more
September 05, 2019


1.Tell us about yourself, Rob. When we’re you born and what inspired you to become a novelist?
ROB REPLIES >>> I grew up in the North Country, a Minneapolis inner ring suburb, where in ninth grade I gave a speech in social studies class in which we selected a career of interest and described it. Mine was archaeology, the only ninth grader in the school to make that caree…
Read more