1.         Tell us about yourself, Alex. How you decided to become an actor?
ALEX REPLIES >>> I grew up in the theatre and came to Hollywood when I was 19 years old, in 1978 which was a golden age of film and tv production. I loved the process, and my theatre roots had prepared me. My father was a well know actor in England, who moved to America after I was born.

2.         How did you get cast as Young Henry Walton Jones, Senior in Indiana Jones and the Last Crusade?
ALEX REPLIES >>> Two auditions on video for the famous casting director Mike Fenton. One was a regular video test, the second was the same scene played with my back to the camera, as the director wanted to “see my jib.”

3.         How did you prepare for the role of Young Henry Walton Jones, Senior?
ALEX REPLIES >>> They send me audio cassette of Mr. Connery saying the lines, and I went horseback riding in Alamosa, Colorado the day before filming to get in the spirit. (Don’t tell the producers!)

4.         How it was working with Steven Spielberg and George Lucas, two great figures of the New Hollywood era? They were on set the day of filming?
ALEX REPLIES >>> Mr. Spielberg was like a kid in a sandlot, enjoying every moment. Mr. Lucas was there as more of a spectator than a producer. At that point, the production had already toured the world and was heading home. Mr. Lucas had the new film Willow in release and I remember hearing Mr. Spielberg praising Mr. Lucas for the CG “fairy-touches.”

5.         How was the experience of filming on set along with River Phoenix, who unfortunately passed away in 1993 and whose brother Joaquin we will be seeing in Joker this October? And the other actors, like Richard Young and Marc Miles?
ALEX REPLIES >>> I only worked with River and it was a singular experience. He was an empath - capable of seemingly pure, honest and perhaps fragile emotional responses.

6.         Did your lines as Indy’s father were always intended to be redubbed by Sean Connery? Did you met Sir Connery on set?
ALEX REPLIES >>> Yes and No Mr. Connery wasn’t there.

7.         Are there any reasons for which you didn’t return to play the young Doctor Jones, Sr. again in The Young Indiana Jones Chronicles?
ALEX REPLIES >>> It was a Canadian production and I don’t remember if they ever were joined with the film.

8.         Do you wish you could do the character again or revisit the character if it were to happen?
ALEX REPLIES >>> Certainly. It is an iconic character, and what an adventure it would be.

9.         In what order would you order the Indiana Jones movies from best to worst?
ALEX REPLIES >>> Last Crusade, Raiders, then the others…..

10.     What upcoming projects are you planning for the future? Did you would like to appear in a Star Wars movie or in Indiana Jones 5?
ALEX REPLIES >>> If Mr. Lucas, and his representative Ms. Kennedy asked, yes  I would love to go to England and be a villain in Star Wars. My second job as a young actor in Hollywood was flying jets in space on the original Battlestar: Galactica.

These days I keep busy with my Audiobook production Company Punch Audio, which produces first-class audiobooks for independent authors the world over. We are online at www.punchandroll.com and on Facebook at Punch Audio.

Alex, we’re very grateful that you allowed us to interview you. You’re such a good actor and producer and I’m sure you had a great experience working in one of the best Indiana Jones movies. El Recoveco del Geek thanks you so much for doing an interview with us.

Popular posts from this blog 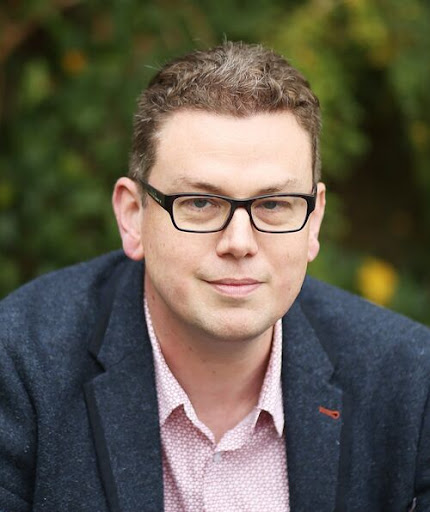